When Working From Home Works 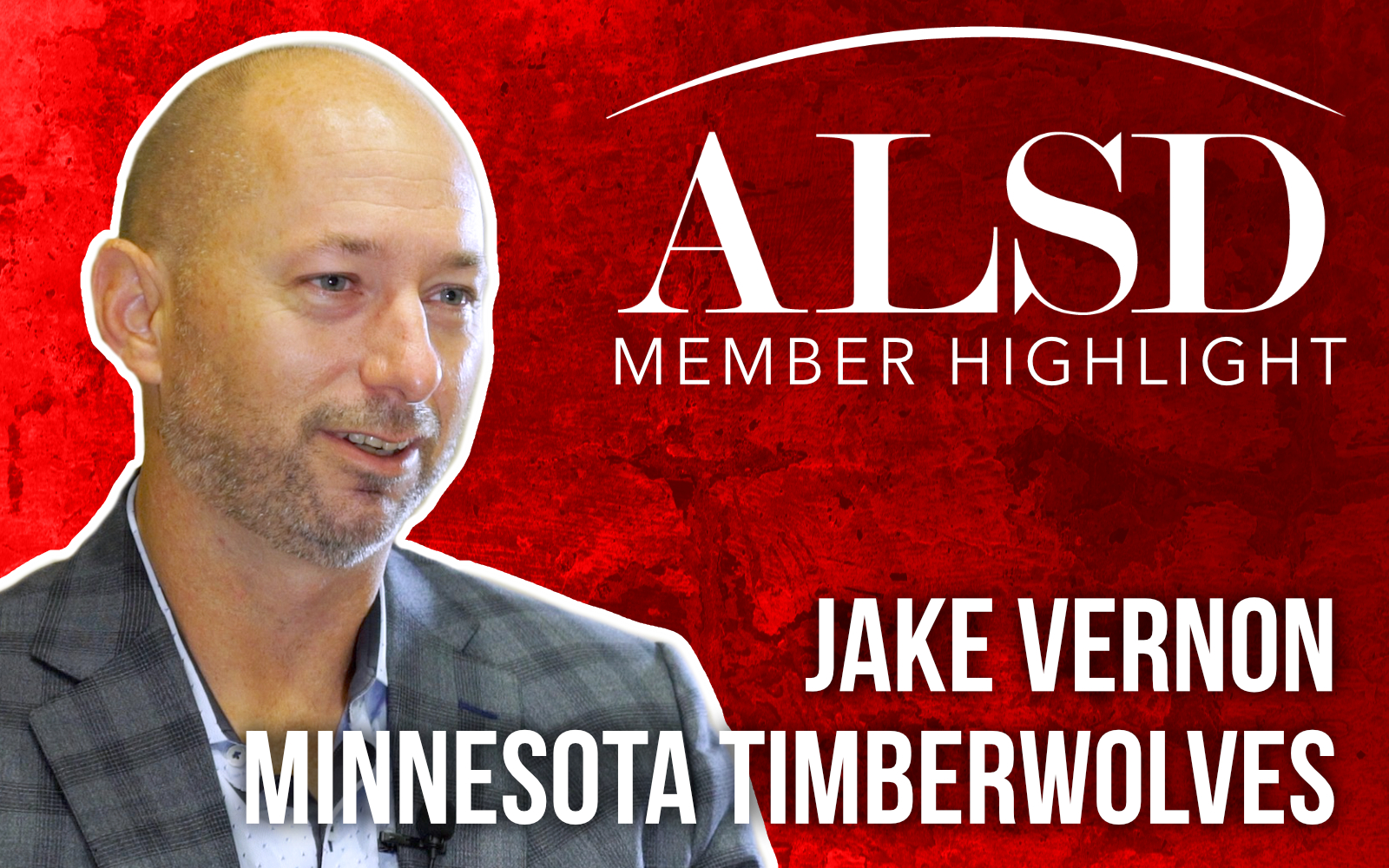 Jake Vernon, Minnesota Timberwolves and Lynx’s Vice President of Ticket Sales and Service explained ALSD’s 2021 League Day Meetings in a nutshell. “Typically, when you come to these meetings, you’re working through the same things as maybe four, five, six, or seven other teams. Immediately what I found was that the whole room was working through the same exact thing.”

Coming out of a health crisis came with questions and opportunities for the future. Vernon learned what matters most to his staff, and has implemented a new work-from-home, work-from-office strategy, setting an industry precedent.

And while Vernon’s bread and butter has traditionally been sales, he learned during the pandemic that our industry is necessarily in sales mode as much as we were in customer service mode. His team is persistently endeavoring to keep fans engaged, while understanding and communicating what's going on.

The ALSD has the opportunity to catch up with Jake during the 2021 ALSD Conference to discuss the present and the future.

What were your top takeaways from today’s league meetings?

We're still all working through how to come back from a health crisis, how to bring fans back safely. We're all working through changes within the arena. How do we bring back full arenas next season and make that experience the very best? It was invigorating to have a room full of folks all doing the same thing, all talking about the same thing. Because inevitably you have teams who, maybe are high performing and aren't facing the same issues, so sometimes the content isn't always 100% for the whole room, but my big takeaway was that the entire room was working through the same things.

From a more granular standpoint, we’re working through the food and beverage process and how we're going to adjust what needs to be adjusted and keep people safe. What does that look like from a safety perspective? We’re also thinking about the experience. Either you're maintaining that experience or elevating it for next season.

We’ve been in a year where we haven't necessarily been in sales mode. We've been in customer service mode, endeavoring to keep fans engaged, while understanding and communicating what's going on.

I think the other takeaway is that there are teams really doing some interesting things with technology, utilizing technology platforms to be more efficient with leads, lead generation, and the sales process altogether. We're in a work-from-home environment, so in a lot of ways, we're not going back to what we're used to.

Are there any specific tech solutions you’d like to bring out?

As a sales leader, I'm trying to make sure that salespeople have the proper leads and information. What I took away from hearing what some of the teams are doing with WealthEngine is that it's going to allow our reps to jump in and understand who they're calling, what their monetary value might be, and adjust their messaging and their phone call accordingly.

Was there anything that surprised you in the conversation?

Sure, specifically when it came to the work-from-home situation and Zoom calls, etc., I knew we were going to dig into that, and I wanted to. It’s a major topic that we’re all dealing with.

What surprised me was just how much we vary across the league right now. Some people are back to normal working five days a week in the office. Some aren't. Some are still working through what a hybrid model looks like. But the surprising part was that all of us agreed that this has to change. We have to change. We have to adjust to what the workforce is telling us, and right now it's not going to be what we're used to, which was probably five days in the office, eight hours a day, and more of a rigid structure.

Can you elaborate on that? This situation may have originated from health-related circumstances, but perhaps on the other side of that there could be recruitment and retention considerations, especially in regards to the new workforce.

We communicated with some other teams, and they all talked to their staff and said, “How do you see this? How do you want to do this?” It was pretty clear that everybody in the room had staff members that responded with, “We want work from home as there are opportunities to do so. We want to be in the office too. We don’t want to lose the culture and the camaraderie, but there's a way you can do both." And what we realized during the pandemic was just that.

Are there any tips or best practices that you’re implementing with the Timberwolves that you’d like to share?

We’re endeavoring to be ahead of the curve when it comes to what we just mentioned: the work-from-home environment and flexibility. In the press you hear every day about companies offering different benefits and how they're approaching this whole return to work. And I think we landed in a really good place. We’re looking at a strong work-from-home model which will be three days in the office and two as flexible work-from-home days.

In addition to that, we’re doing something that’s a bit different from what I've heard across the league, and I know some folks who are interested to hear how it goes. We're going to offer employees the opportunity to have two weeks of remote work. So, if you're going away for your holiday, you can potentially spend an extra five days with your family, maybe working from a house or a hotel without using PTO days. I think that that will really refresh and recharge people, especially around holidays, a season that can be such a crazy time for us.

I'm excited that we've put together a plan that's relatively ahead-of-the-curve at this point. I think there'll be a lot of teams doing their own thing, and I'm sure we'll learn some things from them too. But I'm pretty proud of the fact that we've put this together. We'll be rolling it out in September and we're excited to see the results.

Where did you land on those specific numbers? Did you look at other industries? Did you get feedback from your reps or league participation?

That said, I think the biggest part of this was talking to the staff. When we started this, I wanted to almost act as if they were a focus group, and really just sit down and understand where the positives of this were and where they felt like they were being more efficient. Also, what things could be improved? And I think there were several.

You know, we dropped everything and went home, and we don't think about the resources that it takes to work from home. You don't think about the impact that it has on family life. We had a lot of strong conversations with our staff about that, and I give our CEO Ethan Casson a lot of credit on that. He has always been about the staff and about the people. We worked through this from that perspective.

It would have been easy for us to work through things saying, ”How do we get the best results?" We want that, of course. But we also wanted to make sure that we were considering a way to do both. So, we looked at things from the staff's perspective, and I think we landed in a good spot. And I’m sure we’ll continue to learn more as this goes on.

Is there anything else that you wanted to mention?

I’d like to say thank you to ALSD. I think this event was much needed. Being around our colleagues, not just from the NBA but across sports, was refreshing.

There are all these little things that we do as we return to a sort of normalcy. This was one of them. I've been coming to this conference for close to fifteen years, and it felt good to be in a room and talk about business, to learn about colleagues and where they've been and what they've been up to. I enjoyed every second of it, and it was refreshing to be a part of.